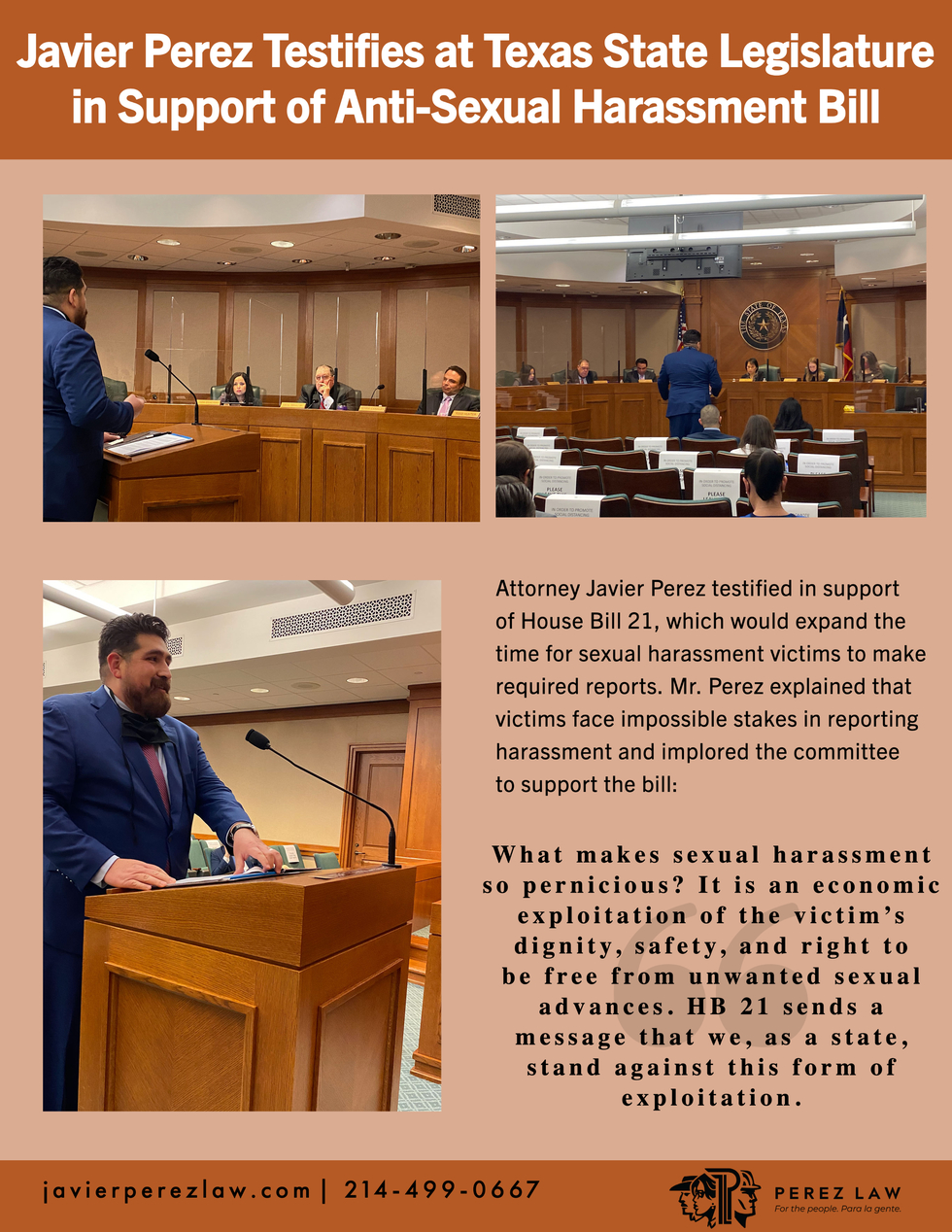 AUSTIN, TX – MARCH 10, 2021
At the invitation of State Representative Victoria Neave, Attorney Javier Perez testified at a Texas State Legislature committee in support of House Bill 21 – a bill aimed at expanding the time in which victims of sexual harassment can file required administrative charges of discrimination. The proposed law, which makes Texas state law consistent with the Federal law it was designed to mirror, provides additional time for sexual harassment victims to make reports that are otherwise lost under the current 180-day limitations period.
Mr. Perez implored the Committee support bill: "What makes sexual harassment so pernicious? It is an economic exploitation of the victim's dignity, safety, and right to be free from unwanted sexual advances. HB 21 sends a message that we, as a state, stand against this form of exploitation.”
Perez testified that while HB 21 poses no additional exposure to employers because of the existing federal limitations period, the Bill's additional 120 days can make all the difference to victims of sexual harassment. Attorney Perez explained that harassment that lasts longer than six months and is not reported timely is out of reach under current law. Perez shared that such reports are often delayed because victims face impossible stakes in reporting harassment, too often having to choose between suffering unwanted sexual advances or losing their jobs.
Javier Perez is a Board Certified Labor & Employment Attorney and a proud member of the TIME'S UP Legal Defense Fund Legal Network for Gender Equity.

Javier Perez is a bilingual, Board Certified Labor & Employment litigation attorney in Dallas.