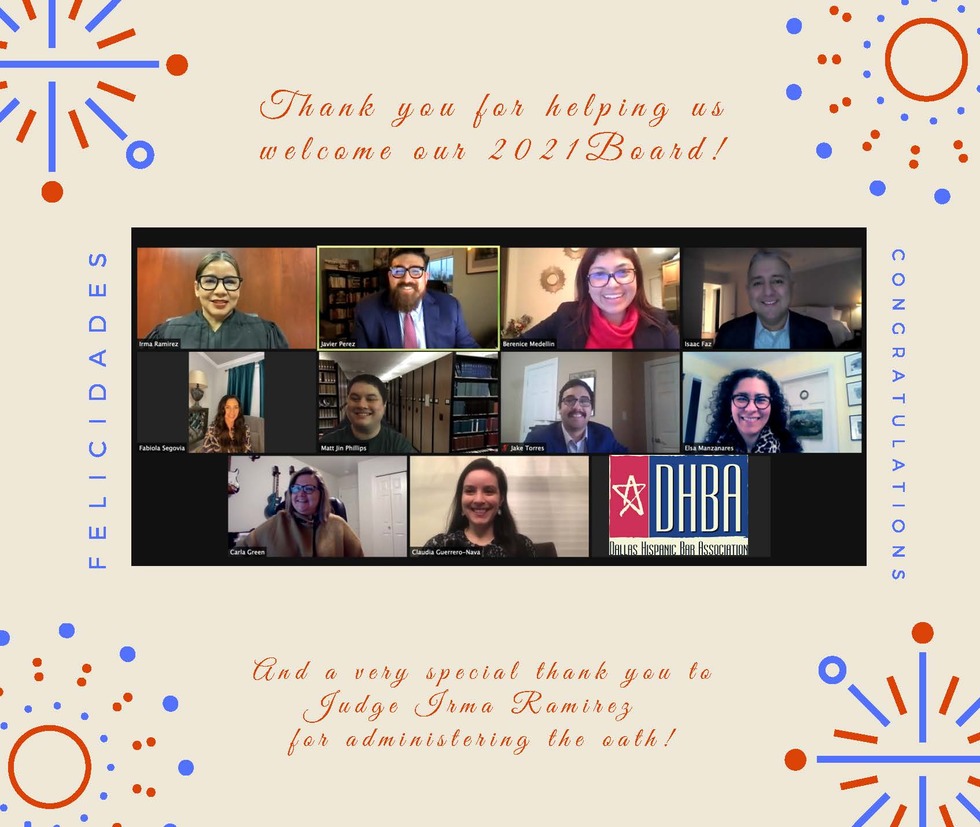 Founding Attorney Javier Perez was sworn in last night in a virtual inauguration ceremony held by the Dallas Hispanic Bar Association ("DHBA").  Federal Magistrate Judge Irma Ramirez administered the oath to the 2021 DHBA Board of Directors.  During the ceremony, Javier reflected on the past year and the purpose of the organization:

“In the midst of the relentless suffering and sharpening discord, each passing month only brought more uncertainty, fear, and misery.  The existential threat of COVID, salting the wounds of longstanding inequality, became infused in a long-overdue revolution on racial justice -- a painful but necessary reckoning.  It would be too easy for any of us to lose hope.

But I found it.  I found hope in the people working for justice and for each other, who looked for ways to lift each other up.  And I'm proud to be part of that work here at DHBA.”

This year, DHBA is focused on supporting and lifting up its members and the community in the circumstances of today.  The Board of Directors has identified a number of initiatives that will be announced in the coming weeks and months.

This is Javier's second term as DHBA President – during his first term in 2019, DHBA: 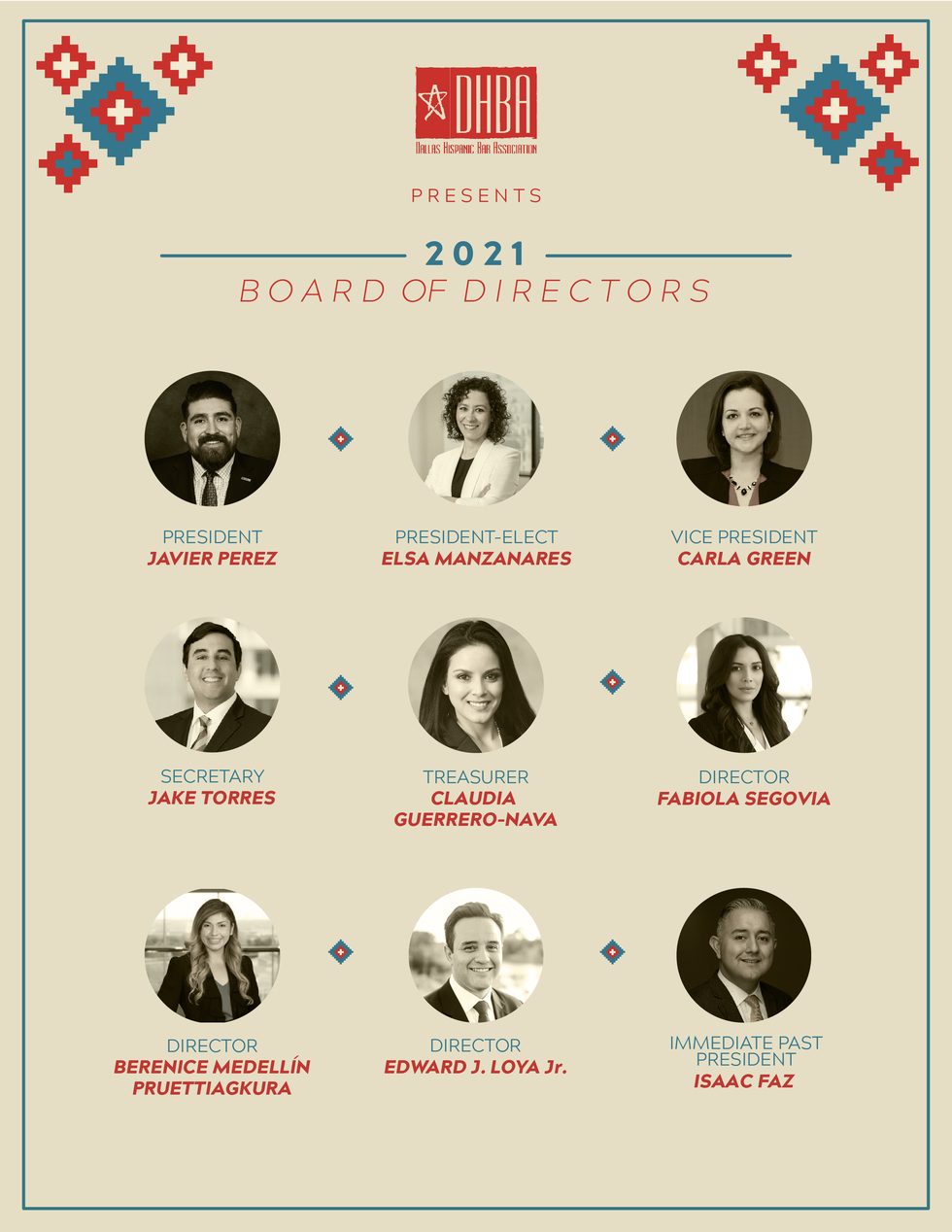 Javier Perez is a bilingual, Board Certified Labor & Employment litigation attorney in Dallas.